Friday, 06 September 2019
Putin will think of crediting of agriculture for immigrants
The President of Russia Vladimir Putin promised to think over the routine of lending to agricultural activities for immigrants from abroad. 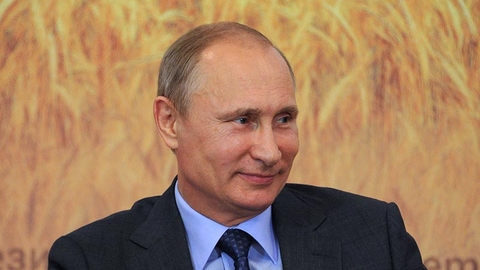 Подписаться на новости
Russia  state support  World  state program  laws  Agri-Produce  Events  Countries  Russia's Regions  Persons  President, RF
At the meeting of the President with members of the public migrant from Brazil Agripina Anufriev-of Egoroff told the President that in Russia plan to move about 50 of the old believer families from South America. According to her, they are concerned of lending to agricultural activities.
"They asked me to identify, if possible, long-term loans interest that we got used to it, 2% if possible. And long term, for 20 years. The first payment five years to installment" she said
"Let us think over the routine. We have a program of support of compatriots resettled in Russia as a whole. You can think about the routine to such persons as you from foreign countries, so to speak, so as not to single out the believers in a separate category," - said the President.
He added that he understands that immigrants need time to adapt and the particular forms of support." I think it's possible, especially for the state it will not be too burdensome, bearing in mind that this is not a massive flow associated with hundreds of thousands of people, although the fact that you are moving, it's very good," said the head of state.
photo:
realtor-Mytischi.Russia