Friday, 06 September 2019
Construction of a feed plant in the town of Rzhev, Tver region is on the home stretch
GK "Agropromkomplektatsiya" continues intensive development and implementation of the investment project on construction of new livestock farms and feed mill with an Elevator in the territory of the Rzhevsky district of Tver region. The new production site, which promises to be an important subject of socio-economic development of the region, is the second mixed feed plant JSC Agrofirma Dmitrova Gora" (included into group of companies "Agropromkomplektatsiya"). The opening of the Elevator portion of the feed mill was held in early July, on the eve of celebration of the 90th anniversary of the Rzhev district. At the moment, from the Tver plant Group Elevator takes the grain, which is dried, otrabatyvaetsya and sent to storage. 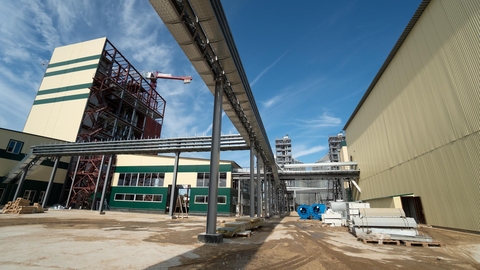 After closing the external circuit of the walls and roof, will begin work on the decoration, the connection of the equipment and commissioning of all systems of the plant." Planned date of commissioning of the feed mill in the city of Rzhev - December 2019.

For reference: Feed mill and grain Elevator Ledger "Agropromkomplektatsiya" in the Rzhev district of the Tver region is the fourth object is the production of animal feed group and the second – in the Tver region.

The design capacity of feed mill will amount to 230 thousand tons of feed per year. The volume of simultaneous storage of grain Elevator parts – 30 thousand tons. The volume edenbrooke the content of the second phase also will make 30 thousand tons of grain Planned capacity drying equipment – 100 tons per hour. The group of companies "Agropromkomplektatsiya" LLC is a rapidly growing, vertically - integrated agro-industrial Association (TOP 6 in the ranking of leading producers of pork of the Russian Federation). Specialization: swine production and dairy farming, as well as