Wednesday, 11 September 2019
Russian fishermen have produced more than 450 thousand tons of Pacific salmon
The volume of production of Pacific salmon amounted to about 450, 27 thousand tons, which is 42.4% higher than on the same date in 2017. These data were presented at the regular meeting of the headquarters for organization of salmon fishing in 2019 in the far Eastern fishery basin, according to Rosrybolovstvo. 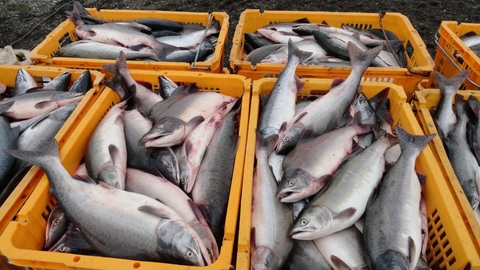 On Kamchatka the catches of salmon increased by 57.7 per cent and amounted to about 375,8 thousand tons. In the Magadan region produced about 10,32 tons — 69,3% more than in 2017. Here continues an active fishery.

According to the preliminary forecast, this year the development of the salmon will amount to 461 thousand tons, i.e., already disbursed 97.3% of.