Wednesday, 11 September 2019
Medvedev said that farmers are happy and please do not cancel the bradenburg
In the abolition of the Russian food embargo is necessary to consider not only the intention to improve relations with the European Union, but also the interests of Russian manufacturers, said Prime Minister Dmitry Medvedev. The latter, according to him, began to produce "very good" cheese, and also appeal to the government not to lift sanctions in the near future. 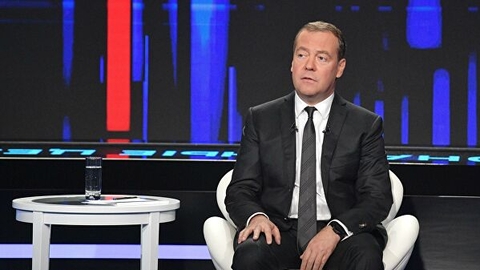 "I am the way, my colleagues all the time quietly say, "Well we see you sanctions help." But this is true in many cases. Take the same food market. And how happy just the producers who something to hide, every time when you come, say, to the government, saying: "Only do not cancel retaliatory restrictive measures, because we are still their agriculture needs additional support". So this is a very delicate question," said Mr. Medvedev in the program "Dialogue" on TV channel "Russia 24".

The Prime Minister recalled that sanctions have been imposed not by Russia, so to say that repealing their country "will meet" is incorrect. If it still happens, Russia will consider its response, but will not take this step first. "We will make a balanced decision, but carried on any conversations and provocations will not sure," he added.

Recall, a food embargo against the EU, USA and some other countries in response to Western economic sanctions, Russian authorities introduced in 2014. In June of 2019 predamage was extended for another year.