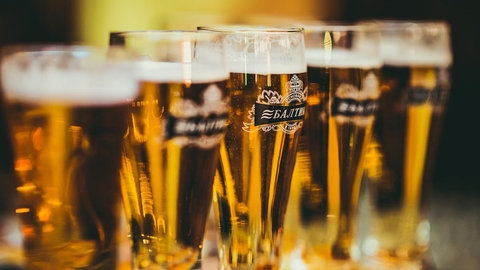 In the market of Guinea-Bissau will be available strong lager "Baltika 9". The choice of this variety is due to the high popularity of Beers and classic lagers of the residents of the region. In the future we plan to expand the product line in Guinea-Bissau. The production of "Baltika" will be available at points of traditional and modern trade, as well as in the premium segment in the HoReCa channel (hotels, restaurants, cafes). Market development Guinea-Bissau started from the capital, in the future, the company plans to expand the presence of its products across the country.

Africa is an attractive destination for export development. Experts say rapid urbanization and a growing middle class in the region, which makes the beer market on the continent one of the fastest growing in the world.

Baltika pays special attention to the development of sales in African countries, the company's products are present in the region since 2007. This market is about 5% in terms of volume of sales of "Baltika" in foreign countries. In the first half of 2019, the company's sales in the region showed strong growth compared to the same period last year. Apart from Guinea Bissau, the production of "Baltika" can be found in Tanzania and Libya.

Elena Volgusheva, senior Director of export sales and intra-group supplies, brewing company "Baltika", part of Carlsberg Group: "In the first half of 2019, the income from export deliveries of production of "Baltika" demonstrated double-digit growth compared to the same period last year. Beer sales abroad increased in number by opening new regions. Our products in the African market in demand among both tourists and locals. "Baltika" successfully implementing an export strategy and is the undisputed leader of the Russian exports of beer, our products are sold in 75 countries, in 43 of which the company is the exclusive Russian exporter in this segment."