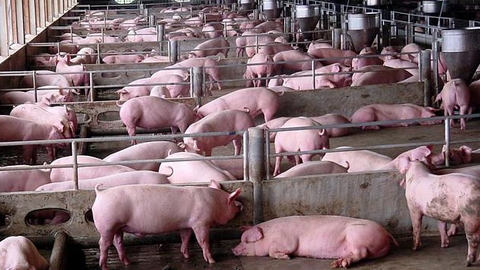 African swine fever – ASF resulted in a significant reduction in the number and hit the pigs countries. There are different data, but most often it is stated that the population shrunk by at least a third. This is a huge figure given the fact that half the world's pigs comes from China.

The most popular meat in the country is pork. The lack of this kind of meat will certainly cause dissatisfaction of the population. Prices are rising, but yet not so much that it threatened domestic stability. Commercially available frozen pork from the stock. How it lasts – hard to say.

The national Commission for development and reforms just recently announced that the construction of large pig-breeding complexes will provide grants of up to 5 million yuan (is 700 thousand dollars) but no more than 30% of the total investment in the project. Subsidies should be provided by the end of 2020.

Subsidies can count and farms that intend to expand production. Subsidies will help to offset the cost of equipment, the purchase of means of control, disposal of wastes, especially manure and other purposes, such as automation of the feeding process.

Reuters in this regard, cites the opinion of one Western specialist, who believes that the subsidies in these dimensions will compensate up to 20% of the cost of building the farm on 2 thousand sows. If sows will increase, and subsidies will cover fewer costs.

General measures to support the pig after the beginning of the epidemic of ASF have been taken for lines of different agencies, including the Ministry of Finance, the Ministry of agriculture and rural development and others. As already noted, special attention is paid to proper use of land set aside for pig farms, disease prevention and disposal of animal waste. In the immediate future will decide the question relating to the content of pigs in private farms of peasants, not yet entirely clear.