Friday, 13 September 2019
Hawaii put the experience of growing potatoes instead of sugar cane
For the first time in the history of Maui, the second largest island of the Hawaiian archipelago, will grow potatoes on an industrial scale 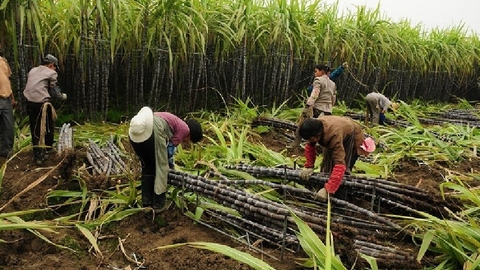 "Potatoes Maui" is not recognized island brand, such as "Onions of Maui" or "Maui Pineapple", but that is about to change.

At least so say the authors of innovative project - the company Mahi Pono LLC, bought 41,000 acres of mainly fallow lands of Central Maui, where for the past 146 years for sugar cane. In 2016, the manufacture of cane ceased, and the land was empty before they bought Mahi Pono LLC to put to start on 40 acres of unusual for the island's culture, potato.

Advice in the selection of varieties of white, yellow and red potatoes have had a industry Association of Idaho, the famous potato state in the US.

700 acres already leased to a farmer for growing sweet potatoes.

The other square is under citrus, banana, coffee and walnut trees.

Company executives optimistic about the prospects of the project, what their partly convinced potato growers of Idaho. However, the question remains, how will the potato plants surrounded by onions and pineapple. How favorable will be such a neighborhood?

Another problem is watering. Water extracted from 11 wells in the ground, it is necessary to dilute, so the potato has a high salt tolerance of sugarcane.

If the potatoes will show themselves well in the conditions of a marine tropical climate, the acreage will increase. First, it is planned to provide for local consumption, and then may organize and small export.

It looks like the dreams. In fact, innovators predict a lot of problems (like two of the project on diversification of agriculture in Hawaii has failed). Crops on the island susceptible to pests, disease, drought and devastating floods.