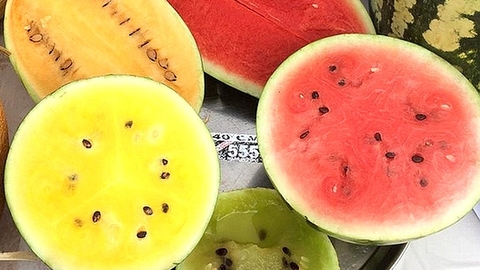 Подписаться на новости
fruits  Agri-Produce  Russia's Regions
"We have an amazing selection of the best practices - there are watermelons of various shapes, colors and flavors. I this year tried the watermelon with white flesh and a different taste. The most interesting was with a touch of vanilla", he said. "50 times normal": what the CPS found in watermelons and melons

Grandma added that the range of watermelon will increase. "On the shelves in the Astrakhan region they already have. With regard to output outside the region, needs a few years to let people know that there is such a product and it's delicious and safe," he said.
Babushkin was appointed temporarily acting Governor of the Astrakhan region three months ago. In the single voting day, September 8, he won the presidential elections in the region, gaining more than 75 percent of the vote.
photo:
volgograd.kp.ru