Tuesday, 17 September 2019
Stop the drop in the price of chicken eggs
The summer months are considered a period of low prices for eggs, and August – the peak of the minimum prices for the year. With the arrival of autumn with cheap eggs will have to say goodbye. 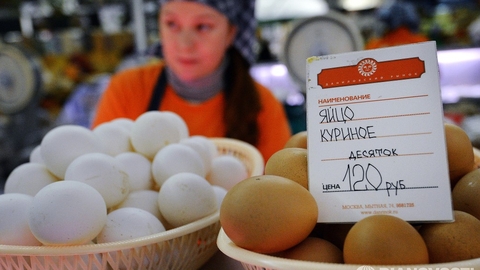 In network shops of Moscow chicken egg can be purchased at an average price of 70-80 rubles. Discount eggs will cost about 10 rubles cheaper.

For example, discounted chicken eggs can be bought for 59,99 RUB in stores such as "Pyaterochka", "Eurospar", "Magnet", "OK", "Avoska", "Selgros". In the supermarket "Dixie" was the cheapest chicken egg – the price was 49,99 RUB.

In online stores prices are almost the same as in traditional stores, the average cost of a dozen eggs is 72-82 ruble. Rates in August decreased in comparison with January by 15%.

However, the fall of prices on eggs begin to rise due to the growth in consumption of the product. This trend is observed for several years. This year is no exception, and in early September is already noticeable increasing of average consumer prices for eggs.