Tuesday, 17 September 2019
UK: Achs will hit during the year
The British pig industry called for further action to prevent the penetration of African swine fever (ASF) in the country after the government acknowledged that it expects the outbreak over the next 12 months. 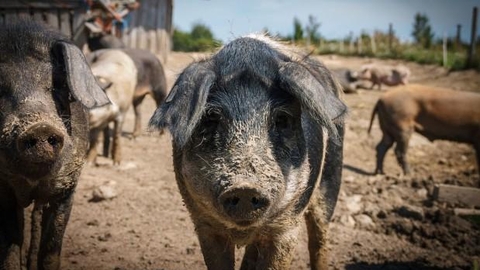 Responding to a letter from the Chairman of the National pig Association (NPA) Richard Lister, Minister of agriculture George Eustis said that the level of risk in the UK at the moment is set as "average," which means waiting for the occurrence of outbreaks during the year.

The Minister added that the Ministry of agriculture and competent authorities are actively cooperating with the border services to improve information exchange, detection and seizure of illegal imports, as well as increase awareness of tourists about the risks of the importation of potentially infected products of animal origin.

The government estimates the damage from a possible outbreak of ASF in the 90 million pounds, but the NPA is confident that this conservative estimate as the cost only of the export market reaches 470 million pounds per year.

Lister is convinced that it is necessary to radically increase funding for anti-epizootic measures: "the Campaign for awareness is good, but should be achieved and from the Ministry of agriculture, and border services more serious attitude to the problem. The challenge for farmers is to prevent the virus spread on the farm and the task of the authorities – not to allow him into the country".

Последние новости
14:06 Monthly review of the market of oilseeds
13:06 Machinery Kverneland adds to the list of "Rosagroleasing"
12:05 Export wheat prices peaked in February of last year
11:01 Ended in Berlin "Green Week-2020"
10:04 Weekly market review sugar
09:06 Scientists of the Crimean Federal University have found a way to speed up production of essential oils
08:09 Holding company "Novotrans" increasing transportation of products of metallurgical enterprises
17:01 Program, new speakers, participants and sponsors of the International agricultural conference WHERE the MARGIN is 2020
16:08 Russia is preparing for a commemorative participation in the Brussels exhibition
15:41 GC "Yug Rusi" tender: "Supply of workwear and PPE to 2020" for the needs of enterprises of GC "Yug Rusi"
15:36 The large supply of technological equipment in the Kursk region
15:04 The network of hypermarket O ' KAY refuses plastic bags from the primary oil
14:02 AGCO-RM is launching a new leasing program for tractor Massey Ferguson® 6713
13:03 Rzs: the restriction of grain exports hit farmers
13:00 GC "Yug Rusi" tender: "Supply of two and three-component packing (DOY) in 2020. for the needs of JSC "SWC "Krasnodar".
All news