Tuesday, 17 September 2019
The corn crop fell victim to the "army worm" in Central Bihar
The state of Bihar in northeast India is among the three major corn regions of the country. Thousands of farmers reported the infestation of corn leaf scoops this season 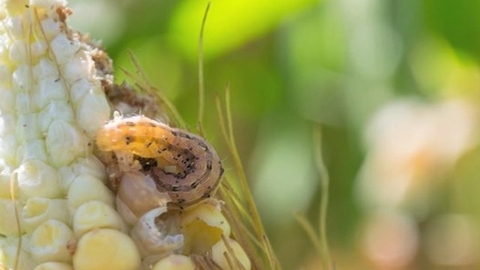 Scoop the corn leaf, or Spodoptera frugiperda, commonly has the nickname of "army worm" for his ability to aggressive migration. The scoop of corn for the first time in India recorded in Karnataka in the last year. And since it's invasive and mnogovekovye (feeding on many products) the pest has occupied an important food States in the country, giving farmers in horror.

If last year's corn fields in Bihar were not exposed to attack the "army worm" in this season, farmers at a loss. "We've never encountered something similar in the past. This is something new and very malicious. I don't know how to protect their crops," said Narender Yadav, a farmer from Muzaffarpur (the Central area of the state) who lost their entire crop of corn. He noted that the neighbors on the sidelines of the same trouble. Scoops "marched" with great speed.

Officials and scientists-entomologists visit the farms to collect accurate information and to advise farmers to apply insecticides. This goes a bit counter to the intention of India to become a country of organic farming, but other ways of combating a voracious pest yet.

However, while there is no official confirmation of the presence of corn scoops in North-East Bihar, which accounts for almost 65 percent of the total corn production in the state.

According to official data, the productivity of maize in Bihar is 3904 kg/ha, higher than the national average - 2889 kg/ha.

In the last decade, farmers of Bihar has significantly increased the production of corn.