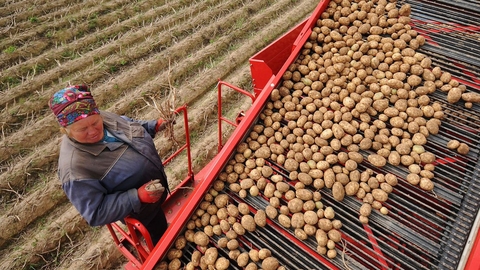 Подписаться на новости
Ukraine  xUSSR  Agri-Produce  Countries
According to the statistical Agency, agricultural enterprises increased production by 11.8%, agriculture population decreased by 2.3%.
The volume of production in agriculture grew by 6.0%, volume of livestock production - by 1.7%.
At the same time in the first seven months of 2019 fixed growth at 12.0%.
Recall, as reported HURRAH-the inform, agricultural production in Ukraine in January-December 2018 compared to the same period last year increased by 7.8%.
Thus, growth for 2018 was the highest in the last five years. (In 2013 the growth was at the level of 13.3%).
photo:
twitter.com