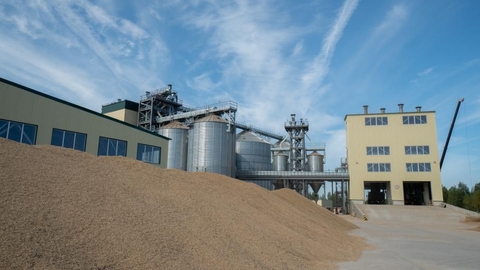 The reception of the grain harvest from the growers Groups is the first time in Rzhev district, Tver region. To put into operation in July this year, the Elevator part of the construction of the feed mill JSC "Agrofirma Dmitrova Gora" (included into group of companies "Agropromkomplektatsiya") has undermined, dried and sent to storage bins 18 thousand tons of wheat and barley. "We need to make about 12 thousand tons of grain, - says the Director of the branch "APK KOMBI Rzhev" JSC Agrofirma Dmitrova Gora" Sergey Commonwealth. – Acceptance takes place without interruption in the normal mode according to the production schedule."

From October we will start accepting corn, expected 10 thousand tons. Since the beginning of September sativum grain "sleeves": is laid on the storage of over 3.2 thousand tons of wheat and 1.8 million tons of barley, the rest of the grain will go into storage in silos". At the grain Elevator in the village of Linz Kursk region has made 48 thousand tons of wheat, 7.1 million tons of barley, 1.8 million tons of peas, and 400 tons of newly harvested corn from growers, OOO "APK-Chernozem region" (enters in GK "Agropromkomplektatsiya"). "All incoming grain is of good quality laid in storage for use in the formulation of animal feed, says the Director of the branch "Kombi-Linets OOO APK–Kursk" Victor Mishchenko. – At the moment the Elevator uploaded by 1/3. To PRESS RELEASE 2 www.apkholding.ru start receiving corn only work the day shift, take a day from 700 to 1700 tons. When we start to take the corn, the Elevator will go to work around the clock".

Soon the Elevator in Konyshevsky district, Kursk region will start the flow of sunflower seeds and corn. Reception of the harvest of 2019 continues.