Friday, 20 September 2019
Rostselmash winner of the award Agritechnica Innovation Award 2019
The European expert community noted the innovation. Night vision system night vision RSM from the Russian company Rostselmash was included in the list of the best projects of the agricultural engineering world of 2019. 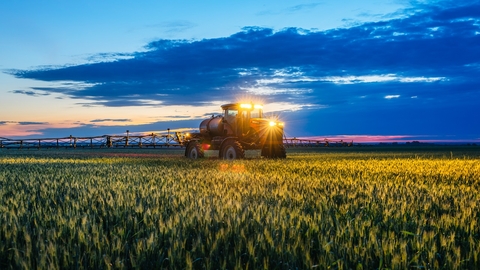 German agricultural society (DLG), the organizer of the largest international agricultural exhibition that will be held in November, announced the winners of the award Agritechnica Innovation Award 2019. 40 of these developments, of which 1 was awarded gold , 39 – silver.

Among the winners included Russian manufacturer – the company Rostselmash. Silver medal of the contest of innovations Agritechnica marked night vision system for self-propelled agricultural machinery - RSM Night Vision. Unlike traditional thermal imaging technology, the night vision of the company significantly increases the visibility for the operator of the sprayer, combine, tractor, thereby increasing the productivity up to 20%.

- Agritechnica Innovation Award is among the most prestigious competitions in the field of agricultural engineering. For manufacturers, a positive assessment of the competitive Commission – the result of many months of engineering studies, - says marketing Director of Rostselmash Maxim Nahaba.

During the season of 2019, the system has been tested in the field in the fields in the Rostov region and has been highly appreciated by farmers.

To see Rostselmash equipment fitted with night vision RSM farmers will be at the exhibition Agritechnica-2019, which opens in Hanover (Germany) on 10 November. The Rostselmash booth is located in hall 09 booth (A31b).

Common thermal imaging technology distinguishes only the objects with a temperature above ambient. Out of sight drop out power lines, trees, other objects, collision with which often leads to breakdowns of machines working in the dark. Operators are forced to work at low speeds, with reduced performance. Unlike thermal imaging technology, the system "RSM Night Vision" identificeret objects that night, not visible to the eye of the operator.