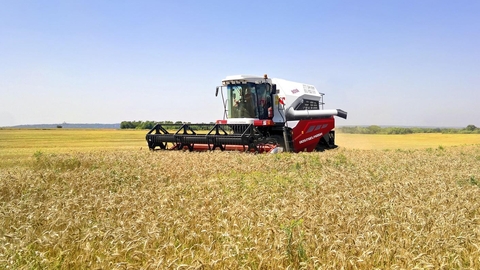 In 2018 compared to 2017 in quantitative terms, the supply of agricultural machinery from Russia to Europe (excluding components and parts) almost doubled.

From January to July this year, European farmers purchased more than 300 units of Russian agricultural machinery, if we talk about basic positions of agricultural machinery excluding components and spare parts. Exports in quantitative terms to Bulgaria grew by 2.7 times, to Germany – in 2,5 times, in Lithuania - by 1.8 times.

Given the supply of components and spare parts for agricultural machinery, the total volume of exports to the EU in 7 months 2019 amounted to 1 billion rubles.

Such results managed to achieve thanks to the high competitiveness of domestic appliances. In comparison with foreign analogues of machinery from Russia is not inferior to them, and sometimes superior to its technical characteristics. In addition, they are more cost effective.

Over the last 6 years the export of agricultural equipment from the Russian Federation reached more than 50 countries around the world. In 2018, the volume of foreign supplies of domestic agricultural machinery became record for all history of the Russian and exceeded 11 billion rubles.

According to the Director of the Association "Rosspetsmash" Alla Elizarova, in Europe there are very strict guidelines for agricultural machinery, plants undergo a complicated procedure of certification of their products. Despite this, Russian producers are fast enough to bring to the market new models, significantly increasing supply. Such positive dynamics is best confirmed that today the Russian agricultural machinery meets the highest standards.

A major role in the development of exports of agricultural equipment have played state support measures, implemented by the Ministry of industry and trade. One of them is directed on compensation of expenses of the companies, participating in international exhibitions.

The Russian pavilions organized at major industry forums in Germany, Bulgaria, the Czech Republic and other EU countries, attracted the attention of local farmers. Growth of supply in these countries do not have to wait long.

From 10 to 16 November in Hannover, the Ministry of industry and trade, Russian export centre and the Association "Rosspetsmash" organize one of the world's largest exhibition of agricultural machinery AGRITECHNICA 2019 part of the most ambitious in the history of this forum the National pavilion of Russia. Their latest products on an area of over 2 thousand meters present 26 domestic manufacturers of agricultural machinery.