Monday, 23 September 2019
The quality of the wheat in the United States and Canada has deteriorated due to wet conditions at harvest
Excessively wet conditions in the Northern US plains and canadian prairies have a negative impact on the quality of the crop spring and durum wheat in the region, which may lead to problems with the supply of grain flour, said dealers and agronomists 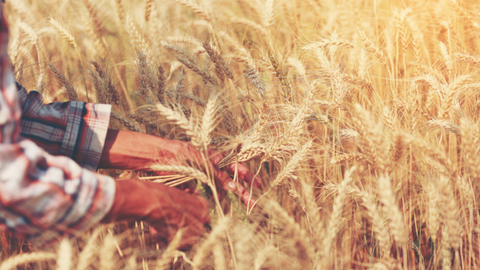 Rain and dew have slowed the harvest and, worse, led to the fact that in some parts of the raw Mature grains of wheat began to germinate, which seriously affected quality and led to significant discounts from buyers of grain in the amount of $ 1 or more per bushel.

"This is really bad news in a year when commodity prices are low from the beginning," said Joel ransom, an agronomist from the University of North Dakota in Fargo.

Farmers in North Dakota (the state, of course, is the largest U.S. producer of spring wheat) have experienced low prices for soybeans, major crops in agriculture in the state.

An excess of soybean in North Dakota and other U.S. territories have increased because of years of bumper crops combined with slowing export demand, as the trade war with China, a major buyer of soybeans, is the second year.

Hard red spring wheat grown in the Northern plains and processed into flour for bagels, pizza dough and for mixing with other varieties of wheat, generally ranging from 20% to 30% of the total wheat crop in the United States.

In General, the supply of wheat in the United States and the world are sufficient, but quality problems can raise the price of the best varieties of wheat that millers are looking for.

On September 15 in North Dakota has collected 73% of the harvest of spring wheat. The rest of the harvest of about 86 million bushels still remain in the fields because of the weather, and probably will have the worst quality.

In Canada harvesting of wheat is progressing more slowly than in the United States. As of 16 September in Saskatchewan was removed 13% of the harvest of spring wheat, says the weekly report of the province. Evaluation of the harvest of all crops in this canadian province was 23% - half the five-year average of 50%.

The highest grade of American and canadian spring wheat "will simply not be available in the same volumes as before," - said Chuck Penner, an analyst from the Agency LeftField Commodity Research, Winnipeg. He added that the weather also creates problems for the quality of the crop of hard wheat used for pasta production.

"Durum looks too awful ... half of the harvest may eventually go to the feed market," said Penner.