Monday, 23 September 2019
The regions of Poland cut off from Achs the fence
Placement of special aromatic repellents and electric fences. So the provincial veterinary Inspectorate in Gdansk wants to limit the ability of boars to move. 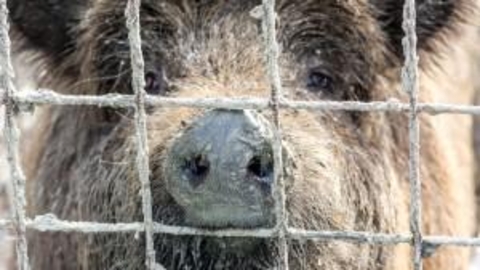 Near the borders are still free of virus Pomorskie province recently identified a new case of African swine fever. Eastern region this region is included in the restricted area. In addition to routine action - shooting of wild boars and verify compliance with the rules of biosecurity on farms - the provincial veterinary Inspectorate in Gdansk intends to take additional steps that can prevent Achs directly in Pomeranian Voivodeship.

The government planned the location of the so-called repellents - special aromatic agents. They will be installed along the banks of the river Nogat, every 20 meters, for about 20 kilometers Vislinskom between the Bay and highway S7. In fact, it sticks with baskets, which would be chemical. If repellents are to be placed on the other side, then, according to veterinarians, this will create a significant barrier to movement of wild boars.

The second measure should be wire mesh with an electric current, with a voltage permissible for the animals and safe for humans. It will appear in a few weeks. This will be the first such solution in Poland. The length of the fence will also be 20 kilometers. The cost of installing the grid is estimated at 130 thousand PLN.

In 2019 in Poland recorded a 45 outbreaks of ASF among domestic pigs. In the number of wild boars veterinarians revealed 1704 hearth.