Tuesday, 24 September 2019
In the United States began pig-breeding exercises Achs
The USDA has launched a program to test the readiness of the pig sector to Achs in 14 States 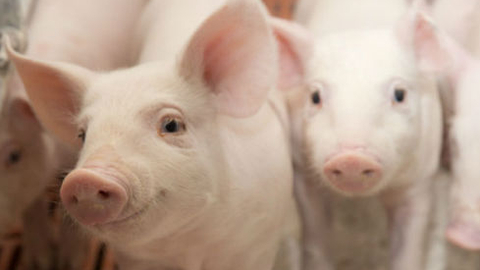 This week under the auspices of the Ministry of agriculture in the United States held large-scale exercises centered on a fictional outbreak of African swine fever and retaliation Federal and state agencies and private livestock enterprises.

The goal is to see how each stakeholder in the pig industry responds to a fictional outbreak and where identified gaps in the protection from dangerous diseases.

ASF is a highly contagious virus that affects pigs and cause them high fever, loss of appetite and vomiting, which usually leads to death. Other types of livestock are not affected by ASF.

Health risks to the person. The virus of African swine fever does not affect humans and is not a public health threat.

Achs is found in countries around the world, especially in countries of Africa South of the Sahara. It spreads through China, Mongolia and Vietnam, and is also present in some parts of the European Union.

For endemic outbreaks of ASF, pork production in China was estimated to be reduced by 25% by the end of the year.

If the same problem will occur in the United States, this could lead to huge economic losses not only for breeders but also for the entire production chain, and for consumers, according to a press release from the Kansas state Department of agriculture.

Kansas will take part in the exercises next week, along with Iowa and twelve other States.

According to the Ministry of agriculture of the USA, in 2018, the us exports of pork and pork products was 5.37 billion pounds worth 6,392 billion dollars.

"If the virus such as African swine fever hit the US, it probably would nullify all of these achievements for an indefinite period of time, so the adoption of measures to prevent African swine fever requires immediate action", - stated in the message of the National Council on pork.