Tuesday, 24 September 2019
Of the Russian Federation in 2018/2019 marketing year reduced the production of buckwheat, rice and wheat, but semolina and barley were more experts
Russia ended in August 2018/2019 marketing year (for cereals - September-August) reduced the production of grains 37 thousand tons, to 1,492 million tons. 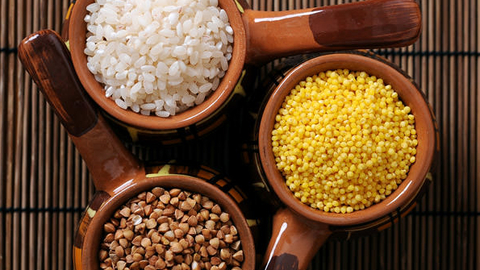 As reported by "Interfax" Deputy General Director of the Institute for agricultural market studies (IKAR) Irina Glazunov, this figure had fallen not only in comparison with the past, but before last season.

"Despite the fact that buckwheat harvest in 2018 to the end of the season, cereals were available in large enough quantities, its owners were in no hurry to sell its cereal plants, preferring to remain "in inventory," said Glazunov. - After the publication of the data of Rosstat about a sharp reduction in the crops of buckwheat this year the farmers had expectations of capacity prices in the new season of recycling."

With regard to rice, in the last months of last season, the rice plants were short of raw. Quality of grain in this period is almost gone. If the first half of the season was made 220,5 thousand tons of cereals, in the second half - 155,1 thousand tons. In August of 2019 the production of rice was the lowest since August 2013.

As noted by Glazunov, extremely low gross harvest of millet in 2017-2018 has led to the fact that in July of this year, its reserves are virtually exhausted. However, in August, in several regions (mainly in the Rostov and Saratov regions) new grain has already begun to act on cereal enterprises slightly reduced the backlog in the production of millet from the previous seasons. According to her, the decrease in the production of buckwheat, rice and millet were partly offset by the increasing production of some other cereals.

The largest increases were in the production of oats, barley and manna croup. A General increase in their production compared to the previous season was 36.4 thousand tons.