Tuesday, 24 September 2019
Ukraine harvested 70% of the grain
As of September 23, 2019, Ukrainian farmers have carried out cleaning work on the area of 10.8 million ha or 70% of the forecast and harvested 43.3 mln tonnes of grain and legumes with an average yield of 40.3 kg/ha. this is the website of the Ministry of agriculture. 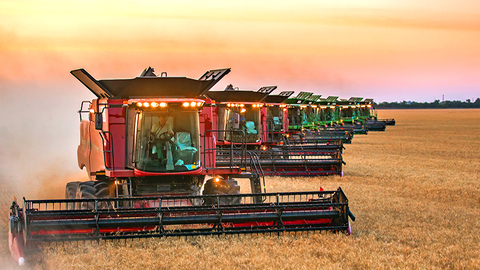 corn and 3.6 million tons with the area of 600 thousand hectares or 12% of the forecast;

In addition, sunflower threshed on an area of 3.7 million hectares or 63% and harvested 8.3 million tons of grain with an average yield of 22.6 C/ha. of Soybeans threshed on an area of 742 hectares, or 47% of the forecast and collected 1.7 million ha of grain with average yield was 23.0 kg/ha. of Sugar beet collected 990 thousand tons with the area of 22 thousand hectares or 10% of the forecast with an average yield of 450 kg/ha.