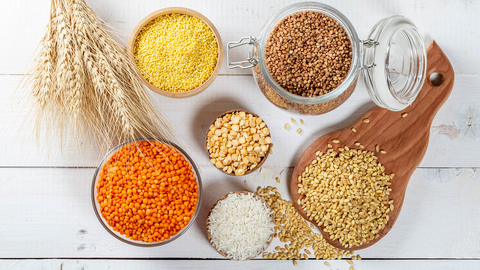 A sharp decline in the production of millet in 2017 and 2018 has led to the fact that in July its reserves virtually dried up, drew attention to it. However, in August in some regions (mainly in the Rostov and Saratov regions) new grain began to flow at a grain processing enterprise. According to Glazunov, it's a little reduced the backlog in the production of millet from the previous seasons. This year, amid falling production and rising prices, the sown area of millet has increased by 1.5 times, and the harvest of crops, according to the forecast of the General Director of the analytical company "Prozerno" Vladimir Petrichenko, will grow 2.1% to 457 thousand tons. In the result, the price of millet, the summer has reached the highs, now is a pullback and since July has been reduced by half. "Thus, the market in this season should return to normal," said "the Agroinvestor" Petrichenko.

Also an acute shortage of paddy in the last months of the season-2018/19 were experienced by the processors of Fig. "The quality of grain in this period is almost gone. If the first half of the season was made 220,5 thousand tons of rice cereal, then in the second half — 155,1 thousand tons In August 2019, the output of rice was the lowest since August 2013," explained Glazunov. Since the end of April, rice prices began to rise, confirms Petrichenko, however, he calls this trend the traditional end of the season. "Now rice prices have already started to decline," he said. "Prozerno" expects rice production this year by 2.6% to 1,065 million tonnes.

Buckwheat, on the contrary, after high gross yield in 2016-2018 to the end of the current season cereal was available in large enough quantities. "However, the holders of this culture were in no hurry to sell its cereal plants, preferring to remain "in inventory"," — says Glazunov. And after the publication of the data of Rosstat about a sharp reduction in the crops of buckwheat this year — 23% to 807 thousand hectares of farmers had expectations of capacity prices in the new season. However, the yield of buckwheat this year is expected to be much higher than last year, bringing its gross yield will decline only 16% to 780 thousand tons, predicts "Prozerno".

According to IKAR, a decrease in the production of buckwheat, rice and millet in the season 2018/19 was partially offset by an increase in production of some other cereals. The greatest growth occurred in oats, barley and manna croup, in General, their output increased by 36.4 thousand tons relative to the season 2017/18. As previously explained, "the Agroinvestor" Vice-President of the Russian Union of milling and groats enterprises Igor Sviridenko, cereals in domestic consumption are interchangeable, which hinders the growth of consumer

Последние новости
09:05 Voronezhselmash tools in the Vladimir region Elevator complex
08:09 IN THE KURSK REGION A SOLEMN CEREMONY OF LAYING OF THE FOUNDATION STONE AT THE CONSTRUCTION SITE OF THE NEW CATTLE-BREEDING COMPLEX OF GK "AGROPROMKOMPLEKTATSIYA"
17:01 Weekly review of the market of oilseeds from July 6
16:05 The registration is open for the SmartFarm exhibition for professionals of the agricultural sector
15:06 What factors affect the development of agricultural machinery in Russia
14:03 The import of palm oil in January-may 2020 amounted to 76 thousand tons
13:09 AGCO-RM announces the release of the Russian market of equipment Fendt® for forage
12:04 Pork exports have increased 2.5 times
11:01 PARTNER OF THE ALL-RUSSIAN FIELD DAY IN 2020 WILL BE THE FIRST CLAAS
10:08 For 5 months this year, Russia reduced imports of soybeans almost 15% FCS
09:05 Respecting the tradition
08:10 The Ministry of agriculture to change the rules of validation exporters of livestock products
17:05 Export prices for wheat of the Russian Federation continued to decline under pressure of new crop
16:02 Weekly review of the market of milk and beef for the 26 week
15:09 A record harvest of sunflower in Russia and Ukraine will lead to falling prices
All news