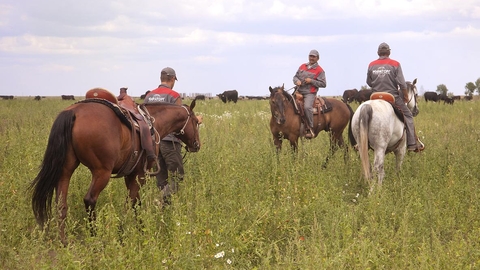 Miratorg is the largest investor in Russian agriculture. The company implements large-scale vertically integrated project production of high quality beef from the world's largest parent number of cattle specialized meat breeds Aberdeen Angus. The nearest plans of development of the project associated with the deep processing of meat products and the launch of new sites. Tula oblast is one of the key regions for development of meat cattle breeding. On the territory of the region there are 11 cattle farms, and by 2020 their number will increase to 13. On livestock sites employing over 740 people and with the expansion of production needs skilled workers is only growing: the list of vacancies includes operators, livestock producers, machine operators, drivers, warehouse staff, engineers, agronomists, veterinary doctors.

The creation of new jobs mostly in rural areas with decent wages and social guarantees is one of the key elements of the policy of social responsibility of the company. The average salary of the employee "Miratorg" in the Tula region is 37 thousand rubles, which is higher than the average industry in the region and is steadily increasing with the growth of labor productivity.

"Interregional project of cattle in the Tula region are actively developing. For the preparation of a personnel reserve, the company is implementing a complex of measures. The program includes paid internships, educational tours and "open Days", the next of which took place on August 24 at the farm "Lenino". The event allowed the company not only tell about vacancies, but also became a real holiday for local residents, farm workers and their families", – said the press service of the APH "Miratorg".