Thursday, 03 October 2019
"The impossible Burger" vegetable meat hit sales in the United States: it flies off the shelves!
This demand, traders did not expect and even had to introduce a limit 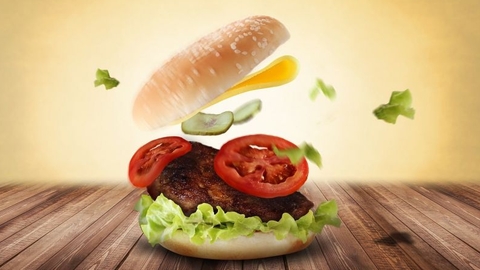 Burger'impossible ("the Impossible Burger") debuted on the shelves of U.S. stores in September, immediately becoming the No. 1 product in demand and has since remained the leader of sales.

20 27 September in all shops of a network of supermarkets Gelson''s Markets in southern California started selling "the Impossible Burger," which became a hit. Since the launch of Gelson''s sold more of this new-fangled product than all types of beef, based on revenue and total number sold pounds.

"Nobody would have predicted this level of unmet demand, said John Bagan, Director of marketing Gelson's. - We had the real fans of Impossible who buy 10 packets at a time, and we saw a record number of new customers who have never been to our stores before. This is the most successful sales that we've ever had."

September 26, Impossible Burger is made available in all 100 shops of a network Wegmans in seven U.S. States and two points on the Fairway in new York.

After his long-awaited debut in the retail trade Impossible Burger remains the No. 1 product sold in American grocery stores on the East and West coast.

Buyers "the Impossible Burger" spent 72% more than is check the average buyer in these stores.

Over one third of all trucks with Impossible Burger contained at least two packs of 12 oz; Gelson's has set a limit of 10 packs for the price of 8.99 $.

Impossible Burger is an award - winning meat is plant-based, which is sold in more than 17,000 restaurants in the United States.

Last month the company announced a joint production with global food supplier OSI Group, one of the largest food producers in the world, which will continue to ramp up production of its flagship product Impossible Foods for 2019 and thereafter.

"The impossible Burger" is currently the most popular in America snack delivery in the late evening, and the famous Texas cattleman Glenn Beck couldn't tell the difference between "Impossible Burger" and the beef meat from cows during a side taste test.

Company Impossible Foods, based in California's Silicon valley, produces nutritious meat and dairy products from plants - with a much smaller environmental impact than meat of animals, as she claimed.

A private company was founded in 2011 by Patrick O. brown, MD, Professor Emeritus of biochemistry at Stanford University and former researcher of Medical Institute of Howard Hughes, among the investors of the company – bill gates.