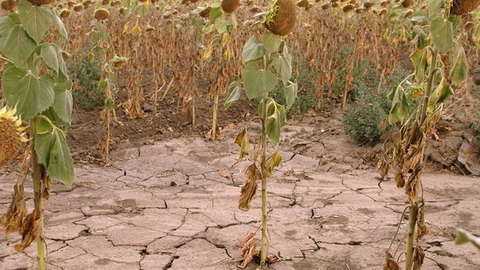 "In the Central and southern regions the total rainfall for the decade, and for a month was insufficient to end the drought. The upper layers of soil remained dry until the end of the month. According to the estimates of agrometeorologia, on the territory of Poltava, Cherkassy and the surrounding areas of other regions, most areas of the southern regions during September, stocks of productive moisture in the 0-10 cm layer in the areas intended for sowing of winter crops and already sown areas is absent", – reported in the Ukrainian hydrometeorological.

However, rainfall situation has changed for the better in those areas, where their number was 15-20 mm and more. In particular, the Western, Northern, North-Eastern region where there was a cessation of drought. So, in these areas precipitation is irrigated upper soil layers, respectively, have improved the conditions for germination and formation of seedlings of winter crops already planted areas.