Friday, 04 October 2019
ASF-free regions of Poland will not accept meat from the quarantine zone
Last week, breeders of Wielkopolska froze in fright, when they heard rumors about the intentions to kill the pigs of the so-called "red zone" on one of the largest local meat processing plants. The rumors were true, because such an intention was, but its implementation did not allow veterinary services. 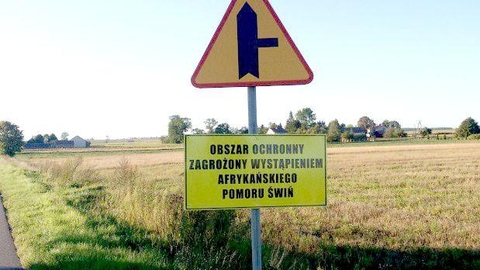 In connection with the disturbing rumors, the farmers appealed to the Board of the Wielkopolska agricultural chamber to intervene in the plans of meat processing from the quarantine red zone on one of the largest meat plants in the South-Western part of Wielkopolska.

At the request of the chamber reacted veterinary service, who confirmed that one of the slaughterhouses has developed a procedure for treatment of meat from animals originating in zone restrictions in connection with the ASF, and addressed to the Supervisory authority for a permit to slaughter such animals. However, after the conducted risk analysis and taking into account the welfare velikopolsky farmers and the industry, the veterinarians did not give consent to the procedure.

The territory of Wielkopolska country remains free of the virus. However, ASF is continuing its offensive in Poland, taking already more than a third of its territory. Uninfected Polish regions actively oppose the spread of the disease, placing on path vectors - boar electric fences and restricting movement of potentially dangerous meat in the country.