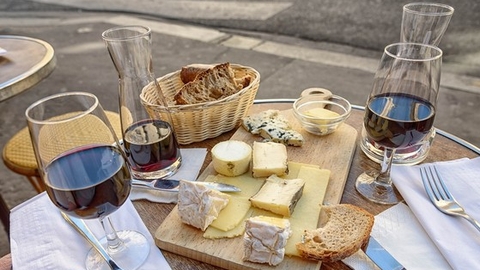 "The Minister expressed regret at the fact that the French agricultural goods, especially wine, may soon be subject to large additional export duties, — is spoken in the message. — This decision will have a negative impact on American consumers, who admire the work of French manufacturers and the quality of French products."

Guillaume assured the French manufacturers that they "will provide every support." "We will do everything we can to victims, the company could maintain its market share". The Minister highlighted the wine sector, which, according to him, is "one of the flagships of French exports."

He stressed that the US decision is necessary "will be given to a coordinated EU response". The communiqué States that Guillaume will raise this issue at the Council of Ministers of agriculture and fisheries in Brussels October 14 that "the Commission failed to take urgent measures to support the European sectors." However, as pointed out by the Minister, the desire of France and the European Commission is to as soon as possible to find a "fair settlement of the dispute with Airbus/Boeing in the framework of an amicable solution and not to expose the negative consequences of economic operators."

On Wednesday the arbitration, the WTO authorized the US to impose duties on goods and services of EU countries by almost $7.5 billion in view of the fact that the EU had not complied with earlier decisions made by the organization concerning grants group Airbus ("Airbus"). Litigation for subsidizing States of the European Union Airbus has been underway since 2004. Washington complained of the practice of subsidies to this company from the UK, Germany, Spain and France. This was followed by a series of proceedings over the dispute.

The EU insists that brought the situation with the subsidies in line with WTO rules. However, in may 2018, the WTO appellate body ruled in favor of the United States.