Monday, 14 October 2019
Turkey keeps the leadership in the procurement of Russian grain - experts
Turkey, which removed in mid-September Egypt from the first place among the buyers of Russian grain, continues to maintain this leadership, from the data of the analytical center of JSC "Rusagrotrans". 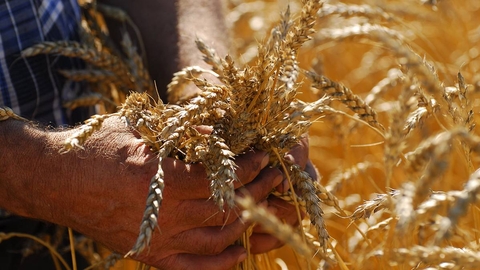 As reported "Interfax" the head of the center Igor Pavensky, from July to September this year, Turkey bought 3,053 million tons of Russian grain against 1,553 million tonnes in the corresponding period last year.

To third place from sixth over the period rose Iran, where in July-September was put 715 thousand tons of Russian grain vs 599 thousand tons a year earlier.

Vietnam, held a year ago at this time third place down to seventh, reducing the purchase in two times - up to 506 thousand tons 1,036 million tons a year earlier.

The top 10 buyers of Russian grain at the end of July-September this year also included Bangladesh, Nigeria and South Africa.

Only in July-September this year Russia exported 13,616 million tons of grain against 15,367 million tonnes in the corresponding period last year.