Monday, 14 October 2019
What products will become cheaper most of all
Wholesale sugar prices continue to decline for a year. Retail prices respond with a lag, so they still have room to fall, according to a leading expert of the Institute for agricultural market studies (IKAR) Yevgeny Ivanov. In December of this year, sugar prices may drop in December more than 30 percent, experts predict. 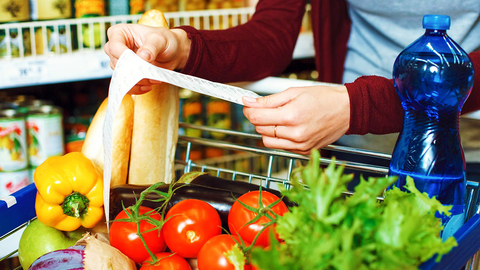 Cabbage is also torn one of the leaders in the rate of decline in prices. "There are good weather conditions, and obtained very high yield of cabbage", explained "RG" the President of the Association "Greenhouses of Russia" Alexey Sitnikov. Now, according to Rosstat, cabbage fell from December last year to 20 percent. However, competition can be cabbage, and other vegetables, and not the cheapest - cucumbers and tomatoes. "The forecast of vegetable production in greenhouses is a record 1.2 million tons, 20 percent higher in 2018", - told "RG" in the Ministry of agriculture.

Has almost completely replaced the Russian import of cucumbers and made a big step forward to increase its production of tomatoes. Now, according to Rosstat, cucumbers and tomatoes are the leaders in rate of decline in prices of these vegetables in December last year fell twice. But the winter rates will grow significantly. However, at the end of the year the price of vegetables is lower than last year, said Sitnikov.

A pleasant surprise before the end of this year may be in the market of cereals. "There is forecast to a record gross harvest of rice by 7 percent more than in 2018, and 5.5 percent more production on average for five years", - noted in the Ministry of agriculture. "The markedly cheaper in the opt," - said the Deputy General Director of IKAR Irina Glazunov. While these changes are not reflected in consumer prices, but it will happen, the expert said. Due to the growth of production is likely to continue to become cheaper sunflower oil, pork and chicken.

Now the bad news. Will continue to go up the millet, which has gained 40 percent since the beginning of the year. And buckwheat crops of the cereals, fell sharply. The leaders in price growth for the year, along with millet and buckwheat can get lamb. Since the end of last year, according to Rosstat, it has risen by 17 percent. The demand for this meat is growing in the country and abroad, said the head of Executive Committee of National meat Association Sergey Yushin. Beef prices are rising immaterial.

Milk, sour cream, cheese from the end of last year rose by 4.6 percent. The growth trend will continue.