Wednesday, 16 October 2019
Britain has accused Russia of embezzling soup
The British edition of "bi-Bi-si" has published an article in which urges not to consider borshch a Russian national dish, alluding to the fact that Moscow "stole" the glory of this soup from Ukraine. 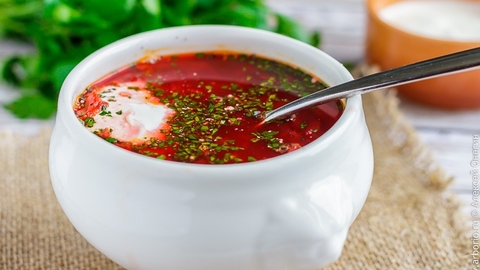 The text is talking about the tweet, back in may, published in Twitter-account of Russia associated with the Russian foreign Ministry. In the post mentioned that soup is one of the most famous and favorite dishes of Russian cuisine and its symbol. Despite the fact that in the Russian blogosphere post looked harmless, in the Ukrainian segment this tweet was perceived as a "propaganda war".

"As if the theft of the Crimea (as in Kiev called the reunification of the Peninsula with Russia – approx. OPINION) was not enough, you also borsch Ukraine stole," wrote netizens.

Bi-bi-si , in his article devoted to the soup, writes: "for the average person the words of Russians about the soup, may seem obvious and innocuous, but it does not seem obvious to the Ukrainians, who think this soup is their national dish".

"For the Ukrainians, who considered their national soup dish, this tweet is akin to wartime propaganda", – writes the edition.

The publication cited the opinion of living in London analyst on political and economic risks of Alexei Kokcharov, saying that the tweet is "another attempt by Moscow to assign cultural values". According to him, although "many cultures claim to borscht (Ukraine, Belarus, Poland and Russia), Ukraine has the strongest claim to the dish".