Thursday, 17 October 2019
Plant wheat and soybeans want to edit to build roots
Argentine scientists have discovered a gene that slows the development of lateral roots of plants, and find it useful to turn it off. The discovery lays the Foundation for improving the ability of crops to better absorb water and nutrients from the soil and adapt to drought, salinity and other adverse conditions 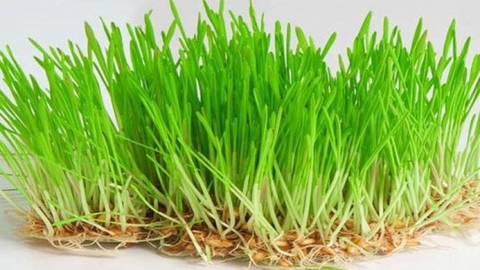 Argentine scientists from the Institute of agrobiotechnology in Santa Fe, discovered the mechanism, the abolition of which could make important crops more resistant to a range of adverse conditions.

They found that the AtHB23 gene, which encodes the regulatory protein for expression of other genes slows the development of lateral or secondary roots. The discovery was made by experiments with Arabidopsis thaliana (razumovich tal), a plant that has similar genes to maize, wheat, soybean and other important crops.

"In the future we could assess genes similar to AtHB23, from the point of view of agronomic interest on such crops as soybeans, corn, sunflower. Razumovich tal is a model system that allows us to move faster in the experiments. If we identify which genes perform the same function in these cultures, we can try to cancel them using the methods for editing genes and, thus, to improved crops that have a greater root development," write the scientists in their work.

As described in an article published in the journal "The Plant Journal", the researchers concluded that the gene AtHB23 suppresses the initiation and development of secondary roots that develop from the main root of the plant and provide a larger surface for the absorption of water and nutrients.

To achieve these results, the authors abolished the activity of the gene, and saw that the plants became more secondary and tertiary roots.

On the other hand, the first author PhD Maria Florencia Perotti, indicated that they also conducted tests with the hormones involved in root development. "These experiments facilitated our understanding of the entire system which is quite complicated and involves many genes," he said.

"Explanation of the dynamic global architecture of the plant root system will open the road for the development of more productive crops," the researchers conclude.