Thursday, 17 October 2019
The first batch of ice cream delivered from Crimea to China
The first batch of Crimean ice cream, sent to China in early August, on Wednesday reached their destination. About this TASS said the head of the southern regional centre of export support, who oversaw the process of registration of documents related to Natalia Serova. 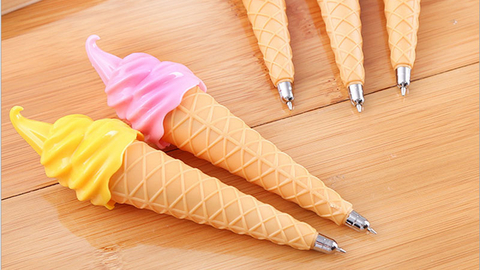 "Already made customs clearance. Our Chinese partners said that the shipment came in perfect condition. Claims about the quality there, although he rode with us 40 days (and several weeks passed customs control — approx. TASS). Now comes the placement on the shelves [of stores] in China," said Serov.

According to her, to be sent to China, another container with ice cream, in this case a new batch may be increased, if in Asian trade networks will be a demand for Crimean products.

The nomenclature of deliveries of Russian goods in China is expanding rapidly. By the end of 2018 trade of agricultural products and foodstuffs between the two countries amounted to $ 4.4 billion, an increase of 24.8%. Exports from Russia to China increased by 42.2 per cent to $ 2.5 billion, imports — by 7.3%, to $ 1.9 billion.

Последние новости
17:19 More than 350 offices of Rosselkhozbank will run from 30 March to 3 April, including 12 offices in the Krasnodar Krai
17:01 Weekly review of the sugar market from March 20, 2020
16:05 NSA: in the three districts of the Kuban region and four districts of the Stavropol territory indicators of soil moisture two times below normal
15:09 Rostselmash cares about the health of employees
14:02 The Ministry of agriculture has proposed to reduce the cost of electricity for farmers to tariffs
13:08 "My Summer" became one of the first Russian companies have received international certificate of GLOBAL GAP
12:03 The fruit yield may be reduced due to frost
11:00 Watch BILLA reserves purchases for customers over 60 years
10:05 The Union of flour millers appealed to the head of the Ministry of agriculture because of rising grain prices
09:00 The exhibition "Agroexposiberia-2020" and Forum "agrarian and industrial complex of Siberia: present and future" will be held in October in Barnaul
08:05 Egg prices will rise
17:07 Training center AGCO-RM in 2019 increased the number of trained specialists 70%
16:06 John Deere improved navigation technology
15:03 THE GROUP UNITS OF CLAAS IN RUSSIA CONTINUE TO WORK AND PROVIDE A FULL RANGE OF SERVICES
14:09 At the IV Global Forum Fishery & Seafood Expo Russia will be extensively represented by a segment of the fishing and fish processing
All news