Thursday, 17 October 2019
Subsidies for transportation of grain from Siberia can be introduced in November
The government of the Russian Federation in November may make changes to the decree on subsidized shipments of grain from several remote areas, including Eastern direction, said Deputy Minister of agriculture of the Russian Federation Oksana LUT. 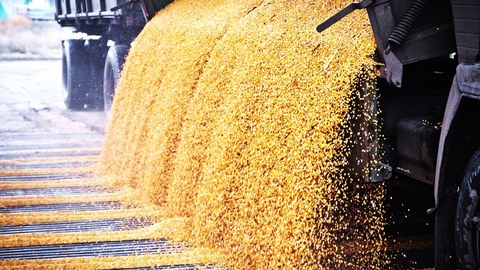 She recalled that in the far East we are now implementing a major investment project on construction of grain terminal in the sea port Zarubino.

The practice of subsidising of export of grain from remote regions was introduced in late 2017. Then, in connection with a sharp decline in prices, a decision was made on the export of grain from the ports of the remote regions. The measure was in effect until July 31, 2018. For the 2017/18 crop year were in addition transported 1 782,6 million tons of grain, subsidies amounted to 1 billion 721,6 million. It is possible to stabilize the price situation in the regions participating in the program. This measure was related to the stations located within the borders of Voronezh, Kursk, Lipetsk, Orel, Tambov, Orenburg, Penza, Samara, Saratov, Ulyanovsk, Kurgan, Novosibirsk, Omsk regions.

Investment project of "Specialized grain terminal in the sea port Zarubino" involves the construction of grain terminals, transshipment facilities which by 2023 will amount to 10 million tons per year. The project is implemented "United grain company" (OZK), which established a subsidiary - LLC "DUST" (the project company). Its authorized capital amounts to 711 million rubles.

Currently in the port are carried out design and survey works. The project will be implemented in two stages. The first envisages the construction of startup complex of the terminal with a handling capacity of 3.5 million tons per year. Planned date of commissioning - first half of 2020.

In the second phase, designed to 2021-2022 years, it is planned to increase the capacity of handling up to 10 million tons per year.