Monday, 21 October 2019
Sunflower prices in Russia fell to a minimum of five years in anticipation of a record harvest
Average prices for sunflower seed in Russia for last week has decreased by 1,525 thousand, up to 16,575 thousand rubles for ton, follows from the monitoring "Sovekon". 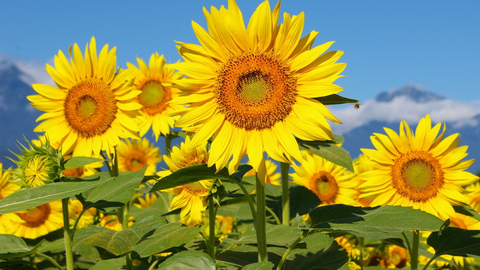 The sunflower market is in free fall due to the record harvest, is spoken in the message of the analytical company.

The price drop continued this week: according to preliminary estimates, the average price of sunflower fell to 16 thousand rubles per ton of oilseeds.

This is the lowest level since November 2014, when the price of sunflower was of 15.55 thousand rubles per ton, said "Sovekon".

Prices are falling on the background harvesting a record crop, analysts say.

According to the data cited by the Ministry of agriculture, on October 18, the sunflower in Russia threshed with 5.6 million hectares, accounting for 65.7% of the cultivated area (in 2018 from 5.4 million hectares). Produced 10.7 million tons of oilseeds (8.8 million tonnes in the previous year) with a yield of 19.2 tons per hectare (16,4 kg/ha).

According to the forecast "SovEcon", the harvest of sunflower in Russia in 2019 will amount to 13.9 million tons compared to 12.8 million tonnes in 2018.

"In the near future the decline may continue - many processors restocked, stopped purchasing and waiting for even lower prices. On the other hand, in the near term, the market of sunflower can be supported by the emergence of export demand. We focus on active strengthening of the global vegetable oil markets in recent months", - stated in the message of the analytical company.