Tuesday, 22 October 2019
Vedomosti learned about the proposal to change the tax regime for holding companies
The Russian Union of Industrialists and entrepreneurs (RSPP) proposed to the Ministry of Finance to change the taxation system for large holding companies, the newspaper "Vedomosti". In particular, we are talking about tax exemption of dividends if the beneficiary during the year, owns 25% of the company (in the current version we are talking about 50%). 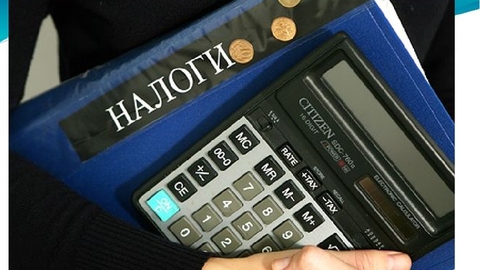 The RSPP also asked to soften the terms of the tax exemption of investment income at the exit of the capital of the company. Now it needs to own the shares for at least five years, the letter this term is proposed to be reduced to a year.

Pointing to the need for change, the speaker cite the example of some European countries, where tax conditions of the holdings much more profitable than in Russia. In particular, we are talking about the Netherlands and Luxembourg, where registered including head of X5 Retail Group, Yandex, O'key Group.

While the Union agree that in Russia there are special administrative regions (island Russian in Primorski Krai and the Oktyabrskiy island in Kaliningrad region), where residents are already exempt from tax on dividends if their share in the company for more than 15%. However, according to the Union, re-registered in the Russian offshore faces the risk of being cut off from the international financial system from foreign partners and specialists.

As specify "sheets", a proposal to reduce the share of, the possession of which allows not to pay tax on dividends was discussed by the expert group of the project "Transformation of the business climate" in June 2019, however, the draft government regulation was not included. The Ministry has promised to continue the discussion.

Последние новости
16:04 Leading experts in the field of agriculture have confirmed their participation in "Agroexposiberia", the organizers are stepping up the training
15:07 Priority Breeding and seed center
14:06 Fishering Service, Hampidjan and Tufropes confirmed their participation in the IV Global Forum Fishery & Seafood Expo Russia
13:01 AGCO-RM set tractors Massey Ferguson® KFKH "Russian field"
12:04 Completed construction of the largest Elevator in the Tula region
11:01 Case IH offers the upgraded versions of the machines for application of fertilizers Nutri-Placer 930 to increase the efficiency of Russian farmers
10:00 Rosselkhozbank forecasts reaching its limit on rural mortgages in June
09:04 Freight report, 22 week 2020
08:00 CLAAS: PRACTICAL GUIDELINES FOR THE PREPARATION AND OPERATION OF FORAGE EQUIPMENT
17:03 The soil moisture monitoring and yield prediction using soil sensors
16:00 Weekly review of the sugar market of may 28, 2020
15:06 Council of Federation: unified register of wells will allow you to control the quality of mineral water
14:02 Grain prices at the start of the season will be high due to record low stocks
13:00 Rostselmash has released a new mower BERKUT 3500 UNO MAX
12:07 Buckwheat fell sharply
All news