Wednesday, 23 October 2019
Libya will buy from Russia a million tons of wheat
Moscow and Tripoli are planning to sign a contract to supply one million tons of Russian wheat to Libya. This was reported by “Kommersant” the head of the Russian contact group on the settlement of the inter-Libyan lion Money at the conclusion of his meeting with the head of the national consensus Government of Libya Fitom Saragam, who arrived in Sochi to participate in the summit Russia—Africa. 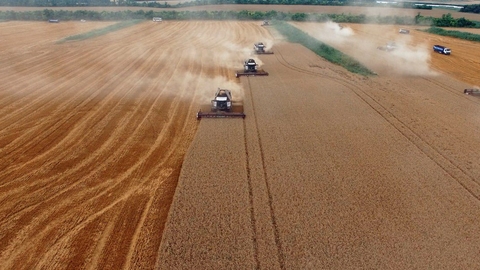 According to Lion Money, the contract presumably for a year could be signed within a month. The beginning of its execution is expected in the current year. In addition, the sides discussed other areas of cooperation. "Meeting with Barragem showed that Tripoli is interested in developing multifaceted cooperation with Russia, both political and economic," said Leo Money. In particular, he noted that the Libyans have expressed interest in projects in areas such as exploration and electrification. Speech including goes about helping Libyans in power plant construction.

"In addition to the economy, the key issue for us — the release of two Russians who remain detained in Libya. Agreed that all the issues will be resolved in a procedural way within the framework of Libyan law, we are closely monitoring the situation," said Leo Money.

Recall that in early July, after the appearance of publications in the Libyan media, the head of the Fund for the protection of national values Alexander Malkevich said that in may in Libya was detained by two officers of the Fund. Allegedly, they engaged exclusively in sociological surveys. In Libya they are suspected of trying to influence the election.