Tuesday, 29 October 2019
The market for organic food plan to develop in the Rostov region
In the legislative Assembly of the region can make appropriate laws. 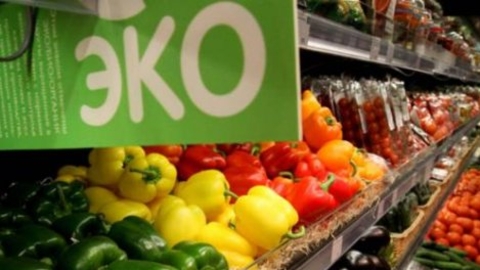 According to the newspaper Donnews, in Neklinovsky district deputies, representatives of the Rosselkhoznadzor and representatives of municipalities, Executive authorities and local producers gathered at the round table. The meeting discussed the development of the market of ecologically clean agricultural products on the territory of the Rostov region.

In 2020 come into force the Federal law on organic products and regional law on development of agriculture in the Rostov region, which provides goodpicture niche of eco-products.

In Russia the market of organic food began to grow in 2018. Its volume amounted to 6 billion rubles. During the year this indicator increased by 8.2%.

"Given the natural and human resources, organic agriculture could become a promising new niche for Russia in General and the don region – as one of the largest agricultural regions of the country",– said the Deputy of the don Parliament Vyacheslav Vasilenko.

Deputies also noted that all the ideas voiced at the round table, will be sent to the corresponding departments and ministries.

Последние новости
17:01 Government grants help develop the whole sector of organic matter
16:04 Leading experts in the field of agriculture have confirmed their participation in "Agroexposiberia", the organizers are stepping up the training
15:07 Priority Breeding and seed center
14:06 Fishering Service, Hampidjan and Tufropes confirmed their participation in the IV Global Forum Fishery & Seafood Expo Russia
13:01 AGCO-RM set tractors Massey Ferguson® KFKH "Russian field"
12:04 Completed construction of the largest Elevator in the Tula region
11:01 Case IH offers the upgraded versions of the machines for application of fertilizers Nutri-Placer 930 to increase the efficiency of Russian farmers
10:00 Rosselkhozbank forecasts reaching its limit on rural mortgages in June
09:04 Freight report, 22 week 2020
08:00 CLAAS: PRACTICAL GUIDELINES FOR THE PREPARATION AND OPERATION OF FORAGE EQUIPMENT
17:03 The soil moisture monitoring and yield prediction using soil sensors
16:00 Weekly review of the sugar market of may 28, 2020
15:06 Council of Federation: unified register of wells will allow you to control the quality of mineral water
14:02 Grain prices at the start of the season will be high due to record low stocks
13:00 Rostselmash has released a new mower BERKUT 3500 UNO MAX
All news