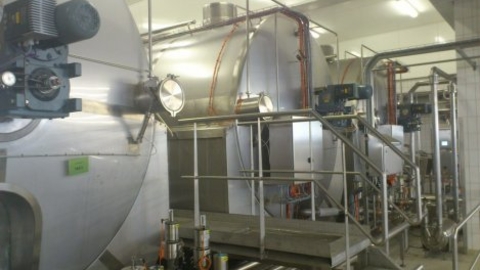 Dairy plant "myasnikovskaya", included in the group of companies "White bear", will be upgraded. Rostov according to RBC with reference to the Directors of the company "White bear" Suren Obama, the organization will invest in the modernization of its cheese production of 200 million rubles.

As part of the modernization of the existing production build automated line of a closed type, which will produce different fat content and texture types of cheese. The launch of the new line will allow to increase daily production capacity of the enterprise doubled, from 20 to 40 tons of cheese products. It is important to note that the company now produces 20 tonnes of cheese per day at the production sites, located in the Rostov region and Krasnodar territory, and after the modernization of production the major share of products will be in the don region.

In the Rostov region modernization and launch of new line of the company "White bear" will play as part of a major investment project for the production of dairy products. The total investment will amount to 1 billion rubles, and in 2012 the development of production the company has already invested more than 500 million rubles.