Thursday, 14 November 2019
Uzbekistan in 2019 imported cattle for $100 million
Over the past 10 months of this year from abroad were imported cattle of meat breeds in the amount of $ 100 million, was discussed at a meeting chaired by the President of Uzbekistan Shavkat Mirziyoyev. 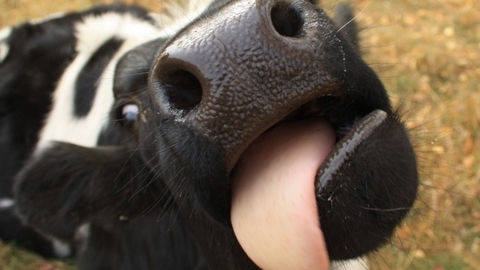 In this regard, the meeting put the question on the allocation of farmers land, the right crop for strengthening the fodder base.

It was noted that the feed demand for livestock in the country is 120 million tons, but last year produced only 47 million tonnes (demand satisfied 40 percent).

"Around the world in fattening cattle used silo and combined forage. In Yangiyul district (Tashkent region) as double crops were grown intensive variety of corn, which received 50-60 tons of silage, the cost of 1 kg which was only 150 soums. A kilogram of husk worth on the market more than 2 thousand soms (one dollar — 9500 soums). This means that breeders are able to grow food 10 times cheaper meal and husk," it was noted at the meeting.

Criticized the fact that on the ground, instead of taking measures to cover the deficit of the feed, the land allocated for fodder crops, are not used efficiently and not on purpose, and despite the fact that on one hectare you can grow up to 100 tons of feed wheat.

The head of state pointed to similar problems in the poultry industry, noting that 70-75 percent of the industry's needs in the feed are provided by imports.