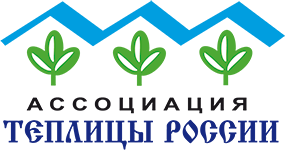 Подписаться на новости
vegetables  Agri-Produce  Company
"In recent years, the agriculture of the Russian Federation demonstrating sustainable positive dynamics for the growth of its export potential. In particular, in recent years, the export of tomatoes and cucumbers were grown in 2 times and amounts to 30 thousand tons and will grow, - said the President of the Association "Greenhouses of Russia" Alexey Sitnikov.
He noted that, in addition, recently there has been a downward trend in sales prices, making it more affordable for economically vulnerable households and significantly competitive, including on international markets.
"A key condition for the export of agricultural and food products is the ability to access new markets. And the price in many ways, these accessibility increases," said Sitnikov.
It should also be noted that with the adoption in 2018, the Federal law "On organic products and on amendments to certain legislative acts of the Russian Federation" introduced a legislative regulation of this sphere in connection with what experts predicted in the short term, significant growth of production in Russia of organic production, including in protected ground that "will enhance the export potential of our country."
However, according to Sitnikova, the external trade of the Russian Federation with foreign countries are still characterized by a negative balance of the Russian balance of trade for agricultural products and foodstuffs. He explained that in recent years, constraints in a qualitative increase in export volumes of agricultural products are insufficient volumes of production, including products with high added value, low competitiveness of parts of products, restrictions of export logistics infrastructure, imperfection of the system of veterinary and phytosanitary certification of agricultural products, lack of effective system of promotion of Russian products on foreign markets, and lack of qualified personnel in the conduct of foreign economic activity in agriculture, having knowledge in the field of regulation of the multilateral trading system.
However, Sitnikov expressed confidence that the taken measures support agricultural producers and will contribute to the further development of the export potential of the country.
The Association "Greenhouses of Russia" is the largest professional Association of greenhouses of Russia. The Association consists of 242 enterprises, including 127 greenhouses. Association members include the largest manufacturers as "Lobaccaro", APH "Eco-Culture", "Vyborzhets", "may", "Group Gorkunov", "Yaroslavl", etc.