Friday, 15 November 2019
Authorities in Tambov region expect a record volume of meat production
In the Tambov region this year expecting a record production of livestock and poultry for slaughter in live weight. 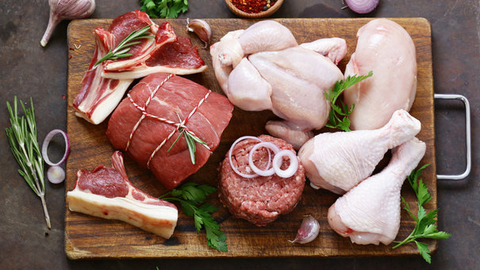 The authorities expect to 561 thousand tonnes, which is 5.7 million tons higher than last year.

According to regional administration, in the Department of agriculture under the leadership of Vice-Governor Sergei Ivanov held a meeting on the development of agribusiness. Experts have discussed results of work of agro-industrial complex of the region this year and other topics, writes news Agency "Abireg".

Milk production this year is expected to reach last year, to 103.3 thousand tons. Egg production will also remain at 2018 141 million.

In addition, the meeting discussed the results of the harvesting campaign and the prospects for the harvest next year.

13 November it was reported that the harvest of vegetable crops in the Tambov region increased by 2.5 times compared to 2018. Farmers explain the situation to the increase in acreage and using modern technology.