Thursday, 21 November 2019
The mills of the Krasnodar territory has developed more than 1.5 million tons of sugar
The sugar industry in the region is coming to its final stage of processing. 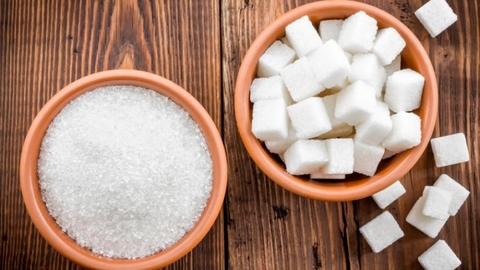 The industry plants harvested 11.5 million tons of sugar beet, given the raw materials from neighboring regions, which is 2.8 million tons more than in 2018.

For the first time in the history of the Kuban seven factories went abroad on the development of white sugar to 100 thousand tons.

Recall that in the framework of the national project "international cooperation and exports," by 2024, the region will increase exports of agricultural products to $ 3.8 billion. In 2019 this figure is expected to be 2.3 billion dollars, reports a press-service of administration of Krasnodar region.

Earlier it became known that the Krasnodar Krai , the harvest of sugar beet exceeded 10.4 million tons.

According to the Department of agriculture and processing industry of the region, removed 198,8 thousand hectares or 97% of the planted area.

Gross yield is 10 million 424 thousand tons of sugar beet, which is 2.8 million tons more than the previous year on the same date. The average yield is also higher than last year and amounts to more than 524 kg/ha.

As reported by "Kuban news", Krasnodar Krai has carried out the national project for export of agricultural products more than 83%.

About execution region of the national project "international cooperation and exports," said the Vice-Governor of Kuban Andrei Box at the plenary session "Protection of agribusiness: problems and solutions". The event was held in Krasnodar, in the framework of the 26-th international exhibition "YUGAGRO".

– Support is provided in terms of removing administrative barriers in the financial plan, – noted Vice-the Governor.

This year the region has exported agricultural products of almost $ 2 billion, accounting for 83.4% of the plan for 2019.