Wednesday, 27 November 2019
"AGROTERRA" FINISHED THE SEASON: YIELDS OF MAJOR CROPS ABOVE PLAN
The group of companies "Agroterra" has completed production season 2018-2019 biennium in all regions. The basic culture of the company gave a yield higher than planned, despite the invasion of pests in canola and soybeans, the drought and summer frosts in the Penza region, hurricanes and hail in Kursk, Lipetsk and Tula regions, as well as long rains in all regions of presence in the harvest. 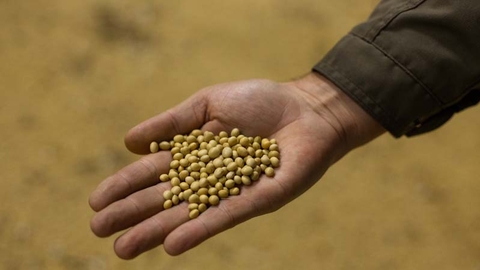 Sugar beet, the company received 10% more than expected (its yield to 43.8 t/ha), plan on cleaning of soybeans and wheat also exceeded by 2-3% for every culture. The yield of spring and winter wheat averaged 4.4 t/ha. marketable Yields of soybean was 1.9 tn/ha, but for the company the main thing – quality soybeans, a large part of the crop beans contains 33-36% of protein. Such indicators "Agroterra" managed to achieve including thanks to the agronomic control over the fields.

"It was a very productive season for "Agroterra". It results in crop and seed production in the us more than satisfied", - said the managing Director of the Group of companies Patrick Gidirim.

Seed production – a new direction for "Agroterra". The company is engaged in soybeans since 2012 using international best practices and applying to the production of a scientific approach. In the beginning of the season 2018-2019 gg "Agroterra" started the production of soybean seeds not only for their own needs, but also for other agricultural producers. In December the company launched in the Kursk region in operation of the seed line with capacity 10 t/h. Centre for agribusiness development "Agroterra Integrator" has already opened pre-orders of soybean seeds.

Soy remains one of the priority crops for "Agroterra" and in the next season. The company will continue to develop their own seed.

"Agroterra" — a Russian group of companies, is one of the leaders of the crop sector through the introduction of modern technologies and techniques process control. Ranked in the top-20 largest owners of agricultural land in Russia according to the BEFL, handles more than 200 thousand ha. is Engaged in the cultivation, storage and sale of crops, support to regional agricultural producers through the development centre "Integrator". Leader in the production of commercial soybeans and seed soybeans.

"Agroterra Integrator" - the center of development of agribusiness in Central Russia. Brings together local agricultural producers into a single network, supports them and provides all types of services from advances to purchase of the crop. Examination of the "Integrator" based on the decades of experience of the group of companies "Agroterra" - the leader of Russia for production of commodity soybean and soybean seeds.