Thursday, 28 November 2019
In the Kuban region can limit the use of imported grapes
In 2019, the state viticultural and wine industry exceeded 900 million rubles. 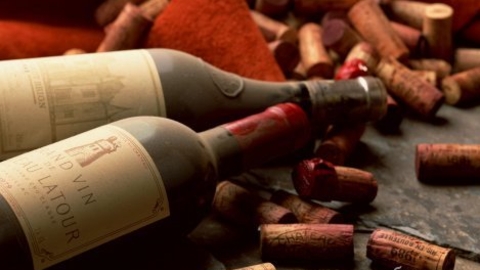 As reports a press-service of administration of Krasnodar region, Vice-Governor of the region Andrei Box at a meeting in Moscow to draft proposals for the second reading of the draft law "On viticulture and winemaking in Russia" told about the Serah of state viticultural and wine industry in the Kuban.

The meeting was attended by representatives of ministries, regional authorities, scientific and expert community. Who conducted the event, the Chairman of the Federation Council Committee on economic policy Andrey Kutepov drew attention to the fact that it is necessary to develop a number of restrictive measures against foreign grapes and develop small businesses.

"We are one and a half times increased bookmark of young vineyards, more than twice increased its domestic production plants. Significantly increased the volume of production of wine products. In many respects it became possible thanks to government investment in the industry – this year they amounted to 915 million rubles," – said Andrei Box.

The also Vice-the Governor made a proposal to enshrine in law the time of licensing of wine production. Box said that the law should provide subsidies for planting of vineyards, including purchase of saplings, installation of trellis and rhodnie work for young vineyards for four years.

Recall that the Kuban wine products are in demand throughout Russia and abroad. In October of this year, a demonstration of the Kuban wines, the production took place in Finland. A proposal was made to open a Trading house Kuban in Finland.

Also in the Krasnodar region intend to set up a laboratory for certification of wine for export. The only authorized lab is located in Moscow. This greatly delays the process, as the Kuban wine comes in 17 countries, and each batch must be certified.