Tuesday, 03 December 2019
45 years, "Brewery "southern dawn 1974" brews quality beer
To its 45th anniversary "Brewery "southern dawn 1974" summed up its activities in the region. Over the past 20 years, the plant has implemented a number of investment projects worth more than 11 billion rubles. Production capacity increased to 5.6 million hectoliters of beer per year, and high-quality beer produced at the plant, know all the inhabitants of the southern region. 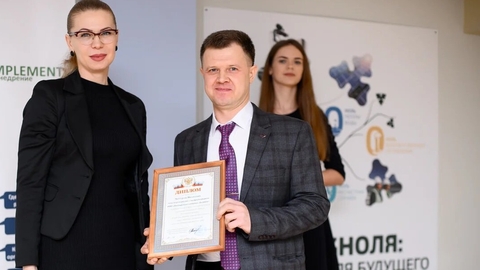 "Brewery "southern dawn 1974" produces more than a dozen different Beers. Branded beer of the South of Russia is "don" ("don Bright", "don Ice, "don Alive", "don Bavarian"). "Don" is a repeated winner of the contest "Best goods of the don" and "100 best goods of Russia". The range of regional portfolio enter "Franz Blade", "Azov" and "Czech from southern Dawn." As part of the Brewing company "Baltika" company produces national brands the company: "Baltika", "Arsenal", "the Cooler", "Zhiguli". Also at the brewery is produced under license of Carlsberg Group Tuborg, Carlsberg.

"Brewery "southern dawn 1974" is one of the largest taxpayers in the Rostov region. Tax payments in budgets of all levels of Rostov-na-Donu and region over the last 10 years amounted to about 52 billion.

Lars Lehmann, the President of the company "Baltika", Executive Vice-President of Carlsberg Group in Eastern Europe: the Plant possesses the most modern equipment and systems and approaches are at a high level, ensuring its stability and quality of the product. It is important that all of this helps us to be confident in the future and to make a significant contribution to the development of regional brewing. Southern Russia has always been a successful branch of the company, and I hope you will continue in the future. This would not be possible without highly qualified employees, reliable partners and constructive dialogue with regional authorities.

At a gala event in honor of the 45th anniversary of the plant more than 60 employees of the plant were awarded. Congratulations from the Governor of the Rostov region and letters of Appreciation to the employees for efficient work gave Irina Talanova, Director of Department of consumer market of Rostov region.

Irina Talanova, Director of Department of consumer market of Rostov region: "Brewery "southern dawn 1974" is one of the most advanced enterprises of the region. A successful dialogue between the Government of the Rostov region and the management of the branch allow us to solve many economic and social challenges of the region, among them – active implementation of the investment programs of industrial ecology, best practices in the field of labor protection. I wish the collective of the plant success in achieving their goals and further success".

Branch of "brewing company "Baltika" - "the Brewery "southern dawn 1974" historical successor of the plants "southern Bavaria" (1874) and "New dawn" (1974). Today, the plant brought together in one title the experience of generations of brewers, offering the best varieties of Soviet and pre-revolutionary beer. Title regional brand factory – beer "don" presented by grades: "don Bavarian", "don Alive", "don Ice", "don Bright". "Don" is perceived by consumers as an economical, tasty local beer with the best combination of price and quality.