Wednesday, 04 December 2019
The objects of rural tourism in Dagestan will support the ruble
Ten objects of rural tourism in Dagestan, won the national contest, will receive subsidies from the budget of the region. Their support will be allocated 2 million rubles, reported IA REGNUM on 3 December, the press service of the Ministry of tourism and folk arts and crafts of Dagestan. 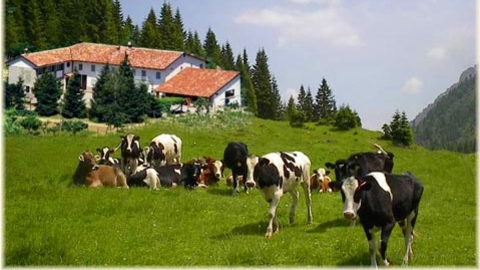 It is noted that only the participation in the competition "the Best object of rural (agrarian) tourism in the Republic of Dagestan" was filed 14 applications, 10 were declared winners. They receive a subsidy from the Ministry of tourism of the region in the amount of 200 thousand rubles each.

The competition Commission assessed the objects according to several criteria, among which the availability of the necessary infrastructure and the constructed nature of premises. The most important condition is that the object needs to be listed on the tax records.

Solemn rewarding of winners will take place on 10 December in the building of the government of Dagestan.