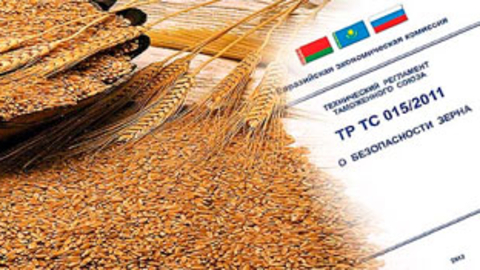 Подписаться на новости
grain  Russian Government  Ministries, RF  AgMinistry, RF  Agri-Produce  Organizations
"The government is still forthcoming. We have to see what I mean from the point of view of issuing documents. And most importantly - what will trigger the procedures in the laboratories," he told reporters on Wednesday, Deputy Prime Minister Alexei Gordeyev.
As reported, the Ministry of agriculture has developed a draft order, which provides for the registration of the quarantine certificate for each batch of grain, including seeds, processing products during the movement on the territory of the Russian Federation.
According to the existing procedure the following documents (in accordance with the law "On plant quarantine") issued for export of quarantineable products from the quarantine phytosanitary zone in the case of the introduction of quarantine phytosanitary mode and a time limit.
Against the initiative of the Ministry of agriculture was organized by the Russian grain Union, which sent the Ministry a letter asking them not to support this proposal because it is inconsistent with the international Convention on quarantine and protection of plants, introduces an unjustified discriminatory measures to domestic producers.
"Quarantine certificates for export of grain even from free from quarantine zones, the fee for conducting laboratory analyses to determine the phytosanitary condition, and charges for the establishment of grain quality for any transport on the territory of the Russian Federation will lead to additional financial costs and time costs of domestic agricultural producers and, consequently, reduce the competitiveness of Russian grain", - said in a letter to the Grain Union.