Monday, 09 December 2019
China has provided a three-year recovery plan pork
The Chinese authorities have introduced a three-year plan recovery of production of pigs in order to stabilize the supply of pork to the markets of countries affected by African swine fever, reports on December 6, the Xinhua news Agency. 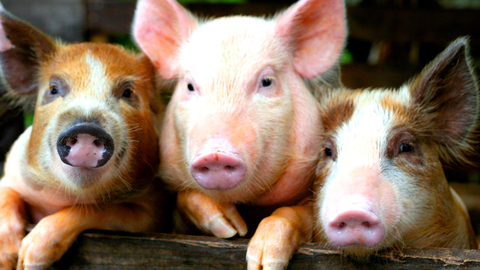 The Ministry of agriculture reported that it had identified 18 key issues, including subsidizing large farms for the breeding of pork and other forms of support. In three years China will create a 120 pilot farms, which will become a model for standardization of all pig farms in the country with the aim of development of this sector.

In addition, a General list of areas where it is forbidden to engage in pig farming, will be removed unjustified restrictions and taken other important actions stated in the plan. There will also be increased monitoring of the epidemiological situation, as well as improved prevention and elimination of the consequences of disease outbreaks on farms

Recall that the pork market in China is very much affected due to African swine fever. In October of 2019 the price of pork rose by more than 100% compared to the same month in 2018. However, the last week watching a gradual decline in pork prices.