Monday, 09 December 2019
The agricultural Bank gave the forecast for the development of the pig industry in the country
The international scientific-practical conference "Pig-2019", is dedicated to finding answers to global challenges of the industry, JSC "Russian agricultural Bank" has presented the vision of its points of development. 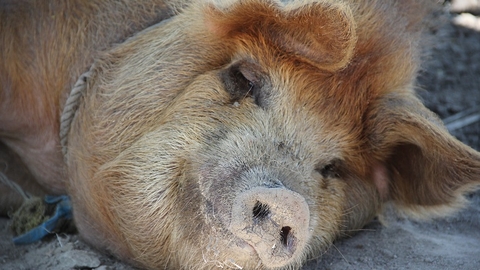 The Bank forecasts that in 2019, the decline in prices and increase the cost by 5% will reduce the profitability of pork production from 35 R/kg to 25 rubles/kg. In 2020, the margins can be reduced even more – up to 20 rubles/kg.

"The key reason for the decrease in profitability – decrease in sales prices of pork by 7%, triggered by the oversupply of the domestic market. However, despite the surplus supply of pork, there remains the potential input of new capacities current producers to meet consumer demand for chilled meat in the Siberian and far Eastern Federal districts. In the Urals margins of pork production in average 33% higher than in the Central part of Russia. Assessment of Rosselkhozbank, the aggregate potential capacity, in the SFD and FEFD is 145 thousand tons in live weight," – said managing Director of strategic development Department of Russian agricultural Bank Dmitry Zhilyakov.

The expert explained that 94% of production capacity of the 20 largest companies are concentrated in the European part of Russia, and demand in the region fully met by the over-concentration in the Central black earth region. At the same time, pork producers from Central black earth region are faced with increased feed costs in connection with the proximity to major grain export channels. The remoteness of the regions of the Siberian Federal district and far East Federal district provides low cost and high sale prices due to low competition – these are the factors that generate favorable conditions for the development of this area in the Urals.

"In the medium term it is expected to complete the vertical integration of the leading industry players, as most margins have company, which implements the principle of the entire production chain "from field to counter". In the long term financial sustainability of the pork producers will depend on export growth", – summed Dmitry Zhilyakov.

Russia is among the top seven countries-producers of pork. In 2019 the supply of Russian pork abroad is expected to grow by 20% and will exceed 100 thousand tons, in the long run, exports may exceed 400-500 thousand tons. Among the promising markets for domestic pork highlighted China, Vietnam, South Korea, Japan.