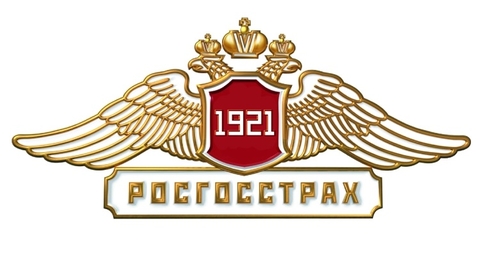 SPK "collective Farm them. Kirov" has concluded the insurance contract in "Rosgosstrakh" in September 2018, insuring winter crops. In June, 2019 in the Stavropol region established dry and hot weather, there was a hot wind, which adversely affected the grain crops. This situation ultimately led to a significant shortage of the crop. As the crop was insured against such risks as "drought", "dry winds", etc., the case was considered insurance. "Rosgosstrakh" has paid SPK "collective Farm them. Kirov" more than 25.8 million rubles.

"Despite the use of modern technology in crop production, the crop is largely dependent on weather conditions, — explains the Director of the Department of agriculture of the Stavropol branch "Rosgosstrakh" Sergey Pellets. Insurance is one of the most effective risk management techniques for agricultural enterprises. Signing the insurance contract, the farmer gets confidence that he is financially protected from accidents, which include weather phenomena and can focus on the problems associated with industrial activity".

"Natural disasters in the Stavropol territory is not uncommon to have frosts, droughts, atmospheric droughts, etc. All these factors cause significant damage to crops and raise a request for insurance in the first place, have large agricultural holdings, — says head of the Centre for agricultural insurance "Rosgosstrakh" Vadim Konstantinovich. Especially dangerous dry winds during flowering and grain formation. The heads of SPK "collective Farm them. Of Kirov" in time provided the risks insured winter crops. Today we can state that the demand for agricultural insurance is growing. To a large extent the positive role played in this trend of changes in legislation, which came into force in March this year. This exclusion threshold of death and the expansion of franchised corridor to 50%, the opportunity to insure the crop to the amount of 70% of its value. Besides, farmers had the right to insure agricultural crops against certain risks, choosing them on your own. Also positively influenced support for agricultural insurance the Ministry of agriculture and regional authorities of agriculture. Rosgosstrakh insures risks of farmers nearly a century, the company has huge experience in this market. Our specialists are ready to offer the farmers insurance coverage options that best meet their needs."

Последние новости
17:01 Weekly review of the market of oilseeds from July 6
16:05 The registration is open for the SmartFarm exhibition for professionals of the agricultural sector
15:06 What factors affect the development of agricultural machinery in Russia
14:03 The import of palm oil in January-may 2020 amounted to 76 thousand tons
13:09 AGCO-RM announces the release of the Russian market of equipment Fendt® for forage
12:04 Pork exports have increased 2.5 times
11:01 PARTNER OF THE ALL-RUSSIAN FIELD DAY IN 2020 WILL BE THE FIRST CLAAS
10:08 For 5 months this year, Russia reduced imports of soybeans almost 15% FCS
09:05 Respecting the tradition
08:10 The Ministry of agriculture to change the rules of validation exporters of livestock products
17:05 Export prices for wheat of the Russian Federation continued to decline under pressure of new crop
16:02 Weekly review of the market of milk and beef for the 26 week
15:09 A record harvest of sunflower in Russia and Ukraine will lead to falling prices
14:06 John Deere has introduced a new high-performance combine harvesters X-series
13:01 Weekly review of the grain market of 30 June
All news