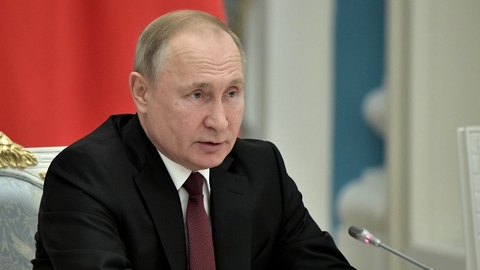 Подписаться на новости
Russia  grain  Agri-Produce  Countries  Persons
"This year we had a record crop of sugar beet, sunflower, soybean. Grains, according to all forecasts, again, go for high score - about 121 million tons. Annual harvests of over one hundred million become a stable trend. What was formerly perceived as a record, today the norm," Putin said Thursday at a meeting of the state Council on development of agro-industrial complex
.

He noted that the growth rate in agriculture in recent time is higher than the national economy of Russia. "Even when the GDP was down, the village went into the plus," said the President.
Putin said that during the first 11 months of this year, agricultural production as a whole grew by 4.1%.

Последние новости
09:04 MORE RESEARCH, BETTER CROP. 5 YEARS OF INNOVATION CENTER "AGROTERRA"
08:00 AGCO-RM exceeded the planned sales of Valtra in Russia in 2019 40%
17:02 Zainsk sugar finished the season beet processing and is prepared to invest in private projects of more than 120 million roubles
16:00 Japanese experts will train Russian engineers lean manufacturing in Rostov-na-Donu
15:03 The Chairman of the Board of Rosselkhozbank and the Head of the Udmurt Republic have agreed to develop a partnership
14:08 "Akron" has submitted to the farmers of the Central Federal district of the new technology to increase yields
13:09 The Ministry of agriculture for the year, the share of domestic sunflower seeds need to increase by 10-15%
12:04 The Association "Greenhouses of Russia": the sale of red roses for February 14 in Russia increase significantly
11:09 Cherkizovo group announces financial results for the fourth quarter and 2019
10:35 Racing on tractors "bison-Track-Show" will be held on may 24, 2020
10:02 The Ministry of agriculture approved the volumes of subsidized transportation of grain
09:00 Rosselkhozbank called the sphere of agricultural products with the greatest contribution of farmers and the highest profitability
08:31 Monthly review of the dairy market from 11 Feb
08:05 NSA and the Ministry of agriculture of the Republic of Tatarstan will hold a roundtable discussion on agricultural insurance
17:08 The Minister of economic development of Russia Maxim Reshetnikov visited Novgorod "Akron"
All news